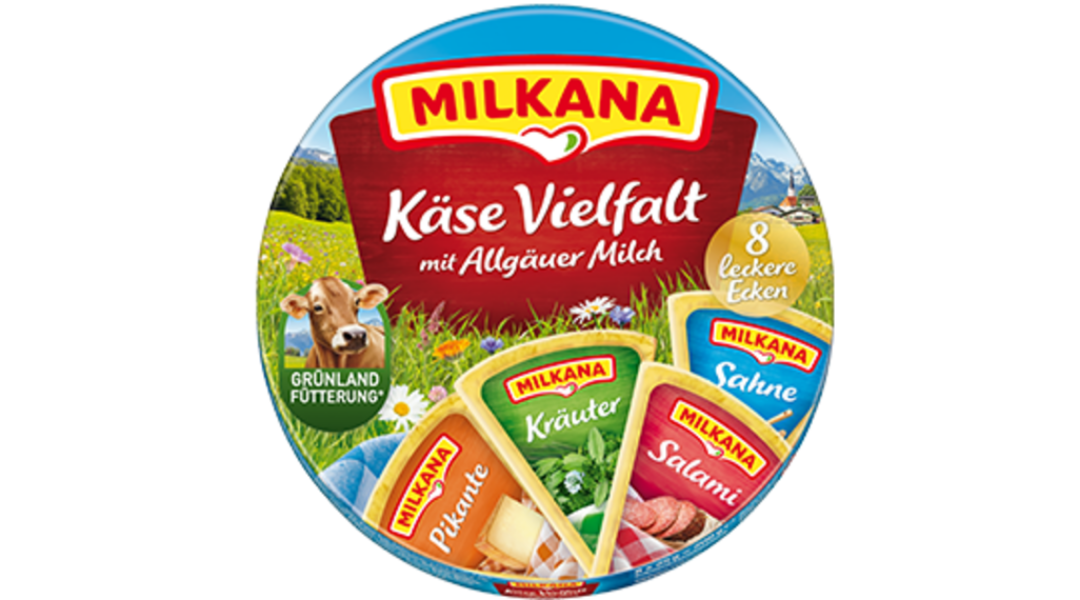 For the next few weeks my sister Kate – The Single Expat – will share some of her global mobility experiences. I’m finding her insights fascinating, both the parallels to my experiences as well as the differences, challenges and perks of moving on her own.

Early Memories of Moving as a Family

I turned three years old just a few weeks after my family moved to Germany from the States in the late 1970’s. They say you don’t really have memories from that age and that, instead, your memories are recreations of the retelling and remembering of those original memories. I have no idea if that’s true or not, but I do have memories (original or remembered – I do not know) of that big move: I remember the breakfast room in the hotel we stayed in while we found our new home. Specifically, I remember being so excited about my newfound love: triangle cheese. That spreadable, delicious, creamy little wedge of cheese wrapped in foil that was the perfect size to spread on a fresh Brötchen (another revelation!) and had that little red tab for easy and mess-free opening… oh that was heaven. I also remember the lovely women who worked the breakfast service at the hotel, who made sure there was always ample triangle cheese for the eager little American girl.

I remember seeing our new house for the first time. I remember it as being my birthday when we moved in, but I’m told it was the day before. To my little newly-three-year-old brain though, moving into that house with the beautiful weeping willow in the front yard was definitely my birthday present.

After spending my formative years in relative stability in Germany (we only moved a few times and always stayed in the same region, if not the same village for the duration of my childhood) I decided to move back to the States after high school to study at an American university instead of staying in Germany and so I spent my 19th birthday on a plane, flying to Boston.

Moving On My Own:
Germany - Boston - Columbus - Oakland - Glasgow

The thing about having a birthday in early September is that it often coincides with new beginnings – especially new academic years – so, unlike my sister who excelled at celebrating her birthday in spectacular ways every year, I generally experienced my birthday as a sort of solitary doorway between old and new. And moving back to the States was very much like going through a door.

I looked and sounded no different than any other American college freshman when I arrived in Boston but I was definitely not like any other American college freshman. First of all, I had spent pretty much my entire life living in a small farming village in rural Germany, so suddenly being transported to a major metropolis like Boston – where I knew no one, didn’t know how anything worked – sent me into serious culture shock.

I ultimately settled in just fine. And even thrived.

I have made several large moves like that in my life now. Moving from Boston to the Midwest for law school after finishing my first degree, a decade later a move from Ohio to the San Francisco Bay Area in California (arguably all different enough from each other to qualify as different countries!), and after nearly a decade in the Bay Area, I moved to Scotland for a mid-career change of pace.

Each large move, even when technically within the same country, came with tearful and sometimes painful farewells to known loves, settling in and making a home in the new place, learning new customs and cultures, and – best of all – making new connections and building new community.

With the second big move as an adult, I noticed that I was going through a similar cycle of emotions and ‘phases’ as I had the first time. That cycle has repeated itself with every major move and it is incredibly helpful to me to know that I have this cycle and to know what is coming and what to expect while I’m in a new unknown. It is comforting to know that I have a pattern. It’s something to hang onto when everything else is new and unsettled and unknown. Especially as a single person when I might not know anyone in my new city or country. This pattern gives me something familiar inside of the unfamiliar.

I assume everyone has different phases but let me tell you a little about mine: I have three distinct phases. The first is the honeymoon phase, then the hermit phase, and finally I find my way to equilibrium.

First, the honeymoon phase. This is a glorious time. I arrive in a new place, get settled into whatever housing arrangement I have and then I get to explore. I explore my new neighbourhood, find the best places to shop for what I need and want, taste new food (triangle cheese anyone?), learn a little bit of the history of my new home. It’s a time of exploration and a time of feeling like all things are possible and wonderful. For me, this phase usually lasts about 4 to 6 weeks. Enough time to find the right pub to become a regular in (there will be another blog post on this one), a favorite new restaurant, or quirky little book shop I love, to begin making some connections with new humans and to start feeling like I actually live in this new place.

But then comes the hermit phase.  This is a less glorious phase but it is nonetheless equally important. I call it the hermit phase because I tend to retreat into my new home and spend far less time exploring. It’s a time of nostalgia and of missing the loves I left behind. There is some crying. There’s uncertainty. Living a globally nomadic life as a single person can feel a little lonely in the hermit phase when you wonder if you made the right move and are missing the familiar of the life you built but just left behind.

But the hermit phase is also when I digest what I learned in the honeymoon phase and take a step back from constantly adding new experiences to my already overstimulated brain. It is a time of settling in, of focusing on my living space rather than the external exploration I indulge in during the honeymoon phase. It is a time when connections to the familiar are important and so I tend to fall back on cooking comfort food rather than trying new things and I immerse myself in whatever the reason for the move is (work, studies, etc). I am a creature of habit, so this is a time of enforcing new habits and deepening the grooves I have begun making in the dirt of my new life. After 6 to 8 weeks, I slowly begin to emerge from the hermit phase.

While it may not necessarily feel like it, the hermit phase is the time when those first tentative new connections I begin making in the honeymoon phase are deepened. I may not be up for new exploration during this time, but I will become comfortable with my new routines and new people and places. I will have found a preferred route to work/school, I will have found a preferred store to buy groceries in, I will get to know those people in the pub or the bookshop I originally met when I was full of excitement and flying high on my honeymoon phase.

And then, one day, I will run into someone I know in an unexpected place. I’ll run into that bookshop clerk in the grocery store or I’ll run into a new neighbour across town or cross paths in the park with a new colleague. That is when I realize that equilibrium has set in. There is something special about recognizing – and being recognized – in a place that makes you feel like you really, truly live there. There is a liberation that happens when the fog of the unknown is lifted and I realize that, instead of feeling unsteady and unsure in this new place, I am home. This is home. I am comfortable and I know people and I know how things work and I know where to go when I need something (or, at a minimum I know someone I can ask!).

This time is glorious in a different way from the honeymoon phase in that it is less shiny-new-excited and more settled-in-quiet-comfort, those feelings that come with knowing where you are and being familiar.

And then the fun really starts! 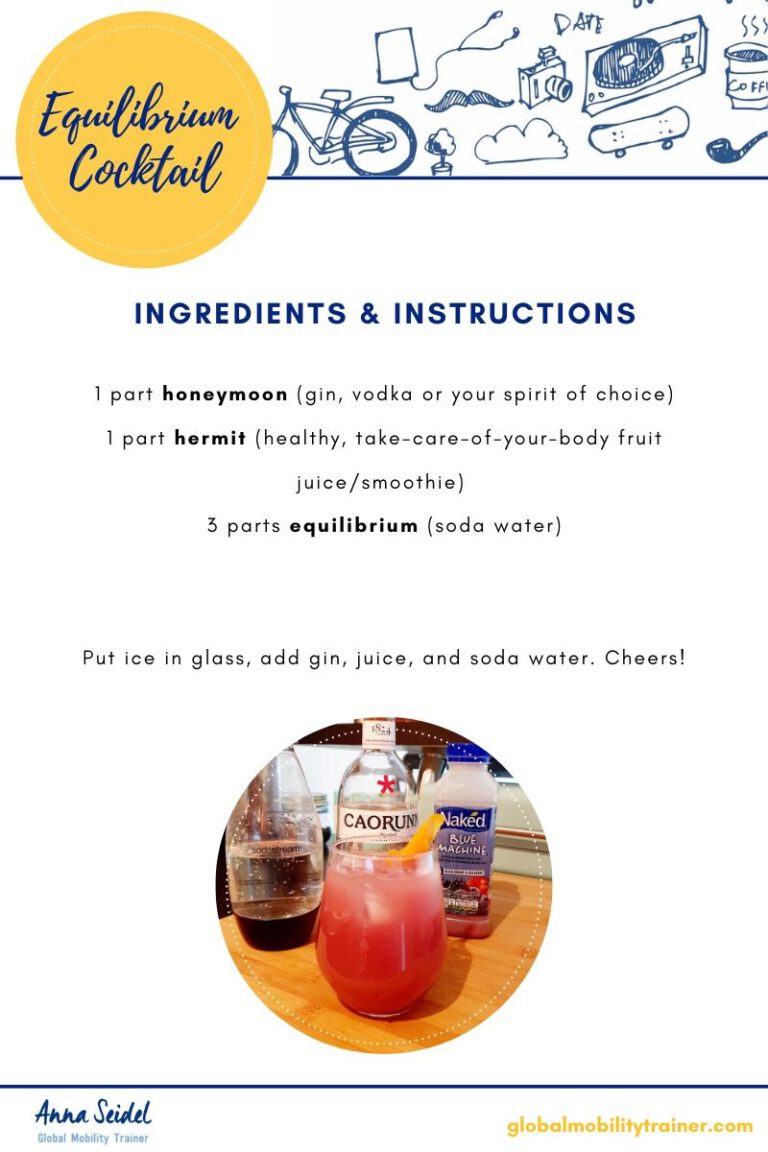 This is my content promise to you:
– information on global transitions and how I can help you through them
– blog updates and webinar announcements

Sign up and download:
– helpful list of meal ideas for stressful times and
– recipes for delicious dips you can whip up for your next farewell potluck or housewarming.

Because sometimes, we need things to be a little easier.​

Dinner Inspiration & Kids in the Kitchen