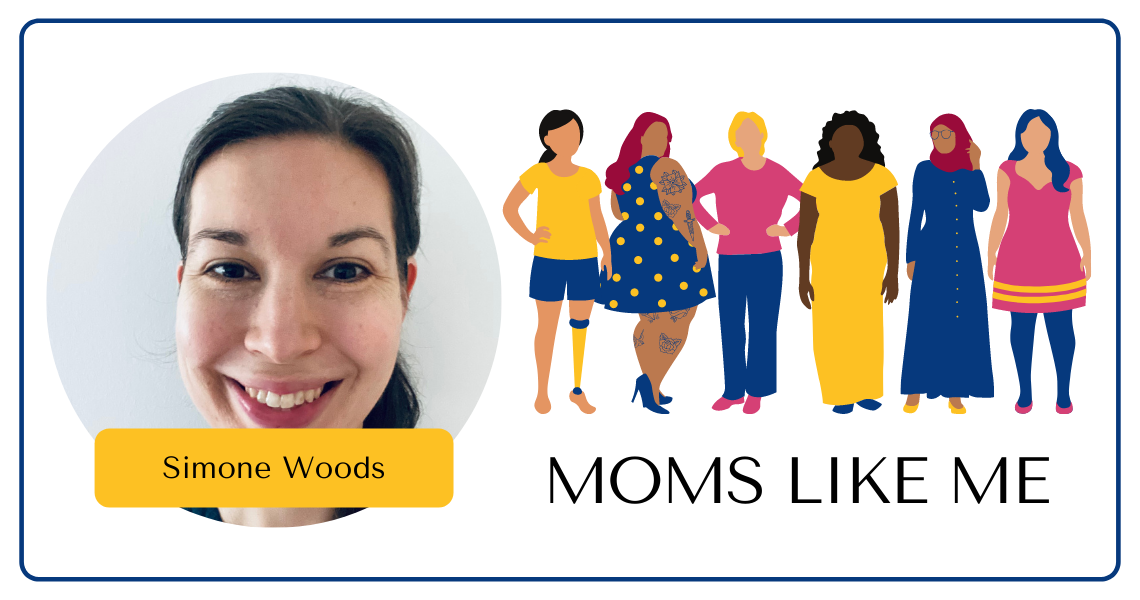 I meet so many cool moms! This series gives them a chance to share their stories – to inspire others and to sometimes give us all a chuckle.

Parenting is not for cowards and parenting abroad can be next level. If you want to share your story, please get it touch with me. I’d love to feature you.

Simone travels on an Australian passport and currently lives in Munich, Germany with her husband and two boys. She is currently pivoting her career while also preparing for repatriation to Australia but took some time out to share her story with me. Thank you.

How did you get to where you are today?
Tell us a little bit about yourself and your family.

As most stories go, my life has gone in many different unexpected and non-linear directions. I am trained as a scientist (in cancer biology). After I finally finished my PhD in my hometown Melbourne, Australia, my husband and I made a somewhat sudden decision to get rid of most of our stuff and move to Munich, Germany, where I had secured a position as a scientist. Since the contract was originally only for one year, we did not expect to stay for as long as we have. Fast forward 5.5 years and we are still here, along with our two young sons (aged 3.5 and 1) who were both born in Munich. We are planning on moving back to Australia at the end of 2021 (I say ‘moving back’, but that is only true for my husband and I – our sons will be moving to Australia). I am very much at a transition point – with our forthcoming move, as well as being in the midst of a career pivot away from laboratory science to writing. 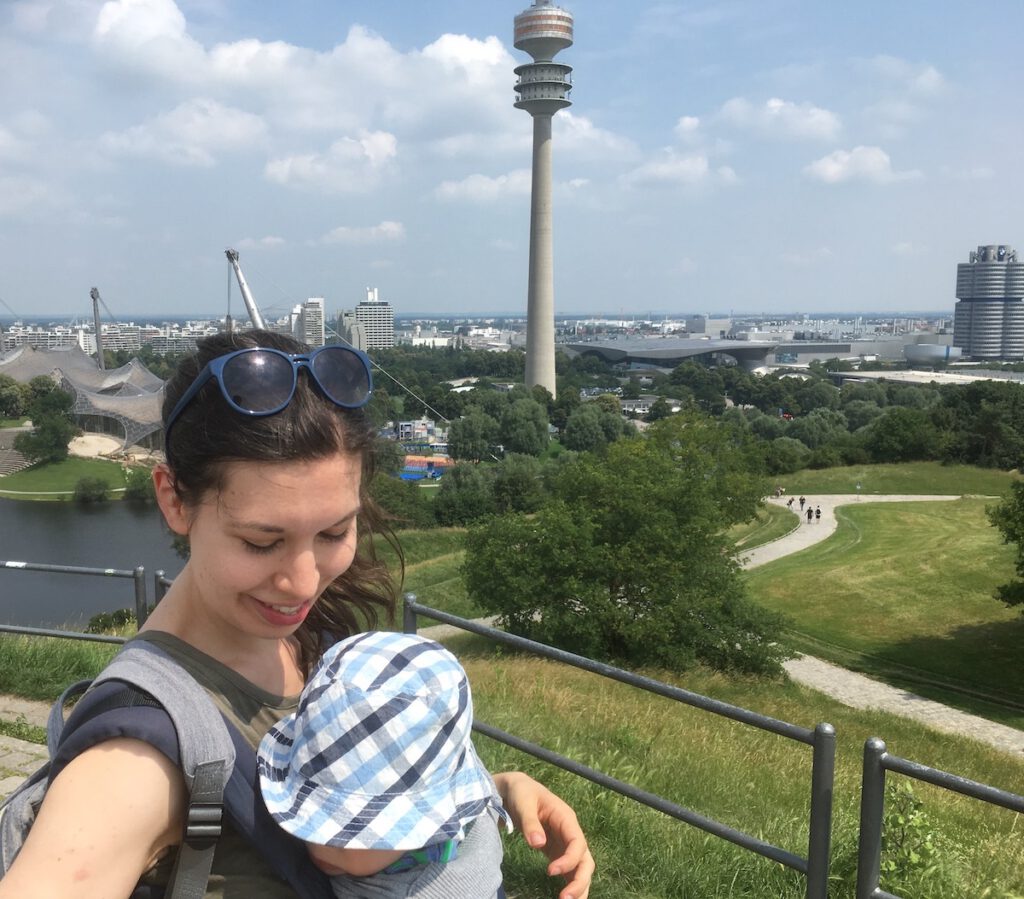 What advice would you give your younger self?

I never planned on living anywhere but Australia. I was terrified of the thought of moving away from friends and family and starting from scratch in a culture and country that was completely unfamiliar to me. It was only through much encouragement from my husband (who obviously wasn’t as frightened by the prospect of moving) that I finally let myself be open to the idea.

And I’m so glad I did! I know everyone says it about big life changes such as an overseas move, but it really has completely transformed my life – in ways my younger self could never have predicted. When you’re pushed so far out of your comfort zone that you forget what ‘comfort’ even feels like, you are forced to grow. I have learned to be comfortable even in very uncomfortable situations (for example, giving birth in Germany twice with only a beginner’s grasp of the language), relying on myself (finding the way home in an unfamiliar city, for instance), and, most significant of all, learning what is really important to me and what my true values are. I think being surrounded by so much that is foreign has made me realise that I don’t have to just accept the status quo, or the ideals that I grew up with: I can choose something different and perhaps better, even.

So, my long-winded answer is: I would tell my younger self to just go for it; do things – especially if they are daunting. I now live by the mantra of: ‘never say no to a reasonable offer’. You just don’t know what good is waiting behind a seemingly scary experience.

What element (of your culture) do you wish to pass on to your kids and how do you do it?

I have a mixed culture – my mum’s parents are both Hungarian and moved to Australia a year before she was born, and my dad is Australian (with British and Scottish ancestry). My husband has Italian and German ancestry, even though he was born and raised in Australia. Our own kids were both born in Germany – so our family encompasses a big mix of different cultures. We attempt to incorporate little bits of all of these cultures into our daily lives: we eat Italian and Hungarian food frequently (and we throw some Australian delicacies in there as well); although we primarily speak English, we also sometimes read stories in Italian, Hungarian, and German; and we try to soak up the fact that we currently live in Germany – we enjoy adding on little traditions like St Nikolaus Day (which is not celebrated in Australia) to our growing treasure trove of family traditions.

The main thing is that we are trying to lean into the fact that we are quite multicultural, made even more so by the fact that my husband and I are living in a different country compared to where we were born and grew up. We enjoy discovering new traditions and bringing them into our lives. 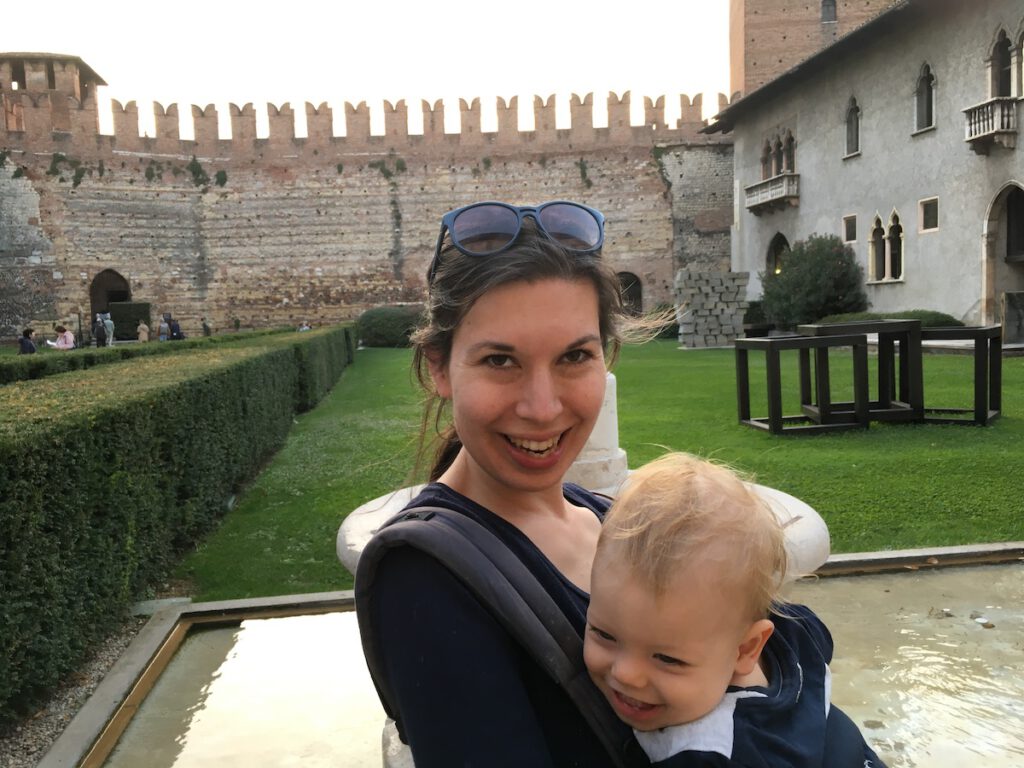 The most impactful one has been not having our family or close friends around – especially during this critical transition of starting a family.

Prior to the pandemic, we were anticipating visits from my husband’s brother and his aunt in the months after the birth of our second son. I was really excited about seeing them, showing them around Munich (neither have ever visited), and introducing our new son to them. Of course, the pandemic hit and those plans didn’t eventuate.

As it stands, only a few people (some friends we have made here in Munich) have even met our second son. We’re not close enough that I feel comfortable asking them for help, so this period since our second son was born has been extremely isolating. Sometimes I just want a little break and I often think how nice it would be to be able to call up a family member or close friend to come and hang out, while giving me some breathing room. Parenting in a foreign country (especially with babies and young kids) is extremely difficult. One of the things I’m looking forward to about our return to Australia is having our close support network within reach and not feeling so alone during this time.

(Anna’s note: in this article I wrote about staying in touch long distance. It’s not the same as being able to hand baby off to grandma in person but it’s a good investment in the long term relationship between children and those that love them.)

What worry around parenting/your kids keeps you awake at night?

I worry about a lot of things, but the biggest worry concerns how my kids (especially the 3.5 year old) will react to moving back to Australia later in the year. Germany is all they’ve ever known: it’s their birthplace, their home, and what they’re familiar with. My 3.5 year old has only visited Australia once (when he was 16 months old, so he probably doesn’t have much recollection of it), and my one year old hasn’t ever visited. I’m keenly aware that decisions my husband and I make will affect them. We want to give them a good life with every opportunity we can muster.

I know they will eventually adapt to Australian life, but I’m worried about the challenges we’ll face along the way.

From what I’ve observed, parents in Germany have quite a relaxed parenting style and tend to give their kids a lot of independence – actually, I would say that they strive to provide every opportunity to give their kids independence! Here it is very usual to see very young children walking to school by themselves, or out on their bikes with no adult in sight. In Australia, you would rarely see a child as young as six walking around by themselves.

I like this approach of encouraging kids to be independent. My sons are still very young and very much dependent on my husband and I, but we do try to adopt this style to a certain extent. I try to teach my 3.5 year old to listen to me and I explain the ‘rules’ but then give him freedom to do what he wants within those loose rules. For instance, I’ll let him run around freely at the playground, but if he moves toward a potentially dangerous situation (like going near the road), I’ll step in and stop him.

Even though I try to adopt this more relaxed style, I still probably seem like a bit of a ‘helicopter parent’ compared to the German parents!

What was your most embarrassing or funniest expat moment?

When I returned to work after having my first son he started attending a daycare that was at my workplace. Each day we took the underground train to work. Since he was still quite young (around 9 months), and the train was too busy to fit on with a stroller, I carried him in a baby carrier.

At one point he’d had a minor cough that he’d been recovering from. It wasn’t particularly severe, but often when he started coughing it would trigger his gag reflex and he would vomit a little bit. One day we were on a packed train, squeezed into a seat between two people when my son started coughing and ended up hurling up what looked like his entire breakfast – all over the leg of the man sitting next to us!

People quickly responded by thrusting tissues into my hands, and the ‘vomit victim’ seemed relatively unfazed and was trying to assure me that it was okay. I was red-faced, apologising profusely, while trying to navigate the clean up process, and attempting to explain the situation in my broken German. I almost considered giving up on the day entirely and heading home, but I made it to work and my colleagues had a good laugh about it after I explained what happened.

Kids are extremely messy – this is one thing I wasn’t fully aware of before becoming a parent!

What country or place is still on your destination bucket list and why?

This is a super hard question because I have so many destinations on my bucket list. We had originally been planning a whole lot of 2020 adventures for our last little bit of time living in Germany, but they’ve all been put on hold. This is the longest I’ve been in one place since 2014, so I am very ready to travel again!

I really want to go to Iceland – it just seems like a magical place that is completely different to anywhere I’ve ever been before. Maybe later in the year….

What advice would you give families setting out on their first expat adventure?

I say this a lot: it will be hard, but hard isn’t always bad.

It will probably be one of the most challenging experiences you’ve ever faced, but there is so much room for personal growth and bonding as a family – I think the positive impacts of choosing to undertake an expat adventure (especially as a family) far outweigh the difficulties.

If you feel the urge (even if that urge is very small) to do it – then go for it! (Hopefully moving around the world will start to get easier in the coming months). The worst that can happen is that you have a terrible time and return home, but you really don’t know what miracles are waiting for you if you are just willingly to say ‘yes’ and take the plunge.

Where to find Simone:

Anna’s note: my current favourite article by Simone is this one about mothers during the pandemic and the effect the situation has had on so many of us. It’s a hard read but good. We’d love to hear your thoughts on it, too – in the comments or by direct message.