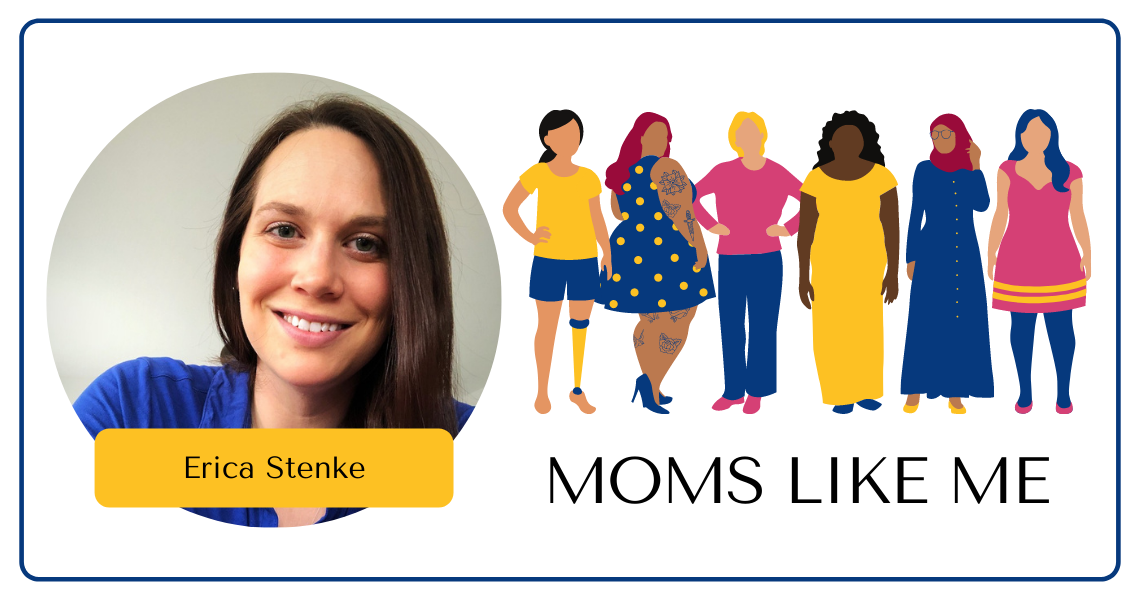 I meet so many cool moms! This series gives them a chance to share their stories – to inspire others and to sometimes give us all a chuckle.

Parenting is not for cowards and parenting abroad can be next level. If you want to share your story, please get it touch with me. I’d love to feature you.

Erica is a young mother of two boys that already has life experience in five countries under her belt. She is currently raising her TCKs in a cross-cultural relationship in Poland, where I caught up with her. Her advice for stepping out of your comfort zone and into the life you’re leading is hard but a guarantee for growth and exploration. Thank you, Erica.

How did you get to where you are today?
Tell us a little bit about yourself and your family.

The short answer to how we got to where we are today – Poland – is my husband’s job.  Five months into our (what we thought would be permanent) assignment in Germany, my husband’s company went through changes, and he was offered an expat position in Poland. Our immediate reaction was to say no. We had only just moved to Germany after five years in Mexico, and we wanted to give it a chance. Both of us thrive on change, expat life, and travel, but we also struggled with the idea of stability for our two small boys. But as time, and the pandemic, went on, the “offer” became more persistent, and we decided that it made the most sense for our family.

The much longer story of how we got to where we are features a little girl who grew up moving from place to place, school to school, stepmom to stepmom for 14 years, and a little boy whose mother insisted that they travel as much as possible once the Berlin Wall fell. That girl grew into a young woman who never felt “at home” anywhere but also felt the pressure to put down roots. When she finally found an international community, a love of TESL, and a job in South Korea, life started to make sense. When that boy finished university and was offered his first expat assignment in the USA, a new life trajectory began. And when those two found each other in Birmingham, Alabama (she was his English tutor) our family was created. A wedding, move to Mexico, five years, two baby boys, and an adopted street dog later leads us back to the beginning of this introduction. 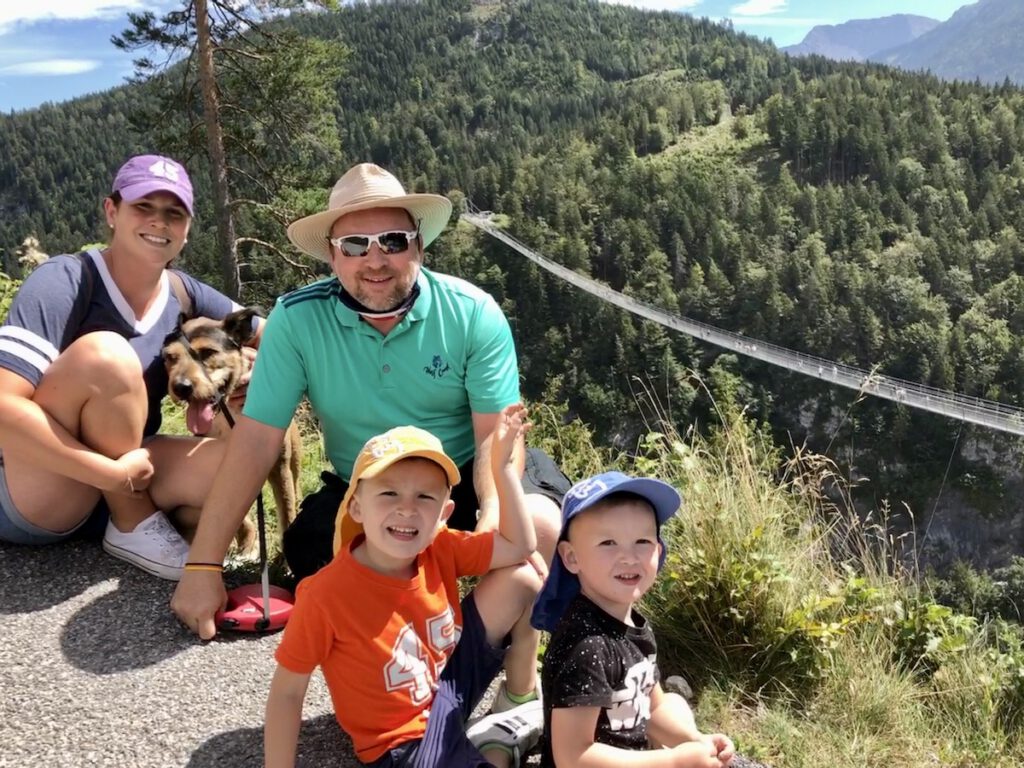 What did you want to be “when you grow up”?
How is that different from today’s reality?

I can clearly remember sitting my sister down “in class” with all of my stuffed animals when I was eight years old and teaching her on my little chalkboard. I’ve always wanted to be a teacher. Growing up, I assumed that I would follow the typical path to classroom teaching, perhaps in my home state of New Jersey. But life led me to international communities, TESL, and private tutoring instead, and I can’t imagine it another way.

What advice would you give your younger self?

Try everything, fight the fear, push yourself.  I was a shy child who struggled with insecurity and self-doubt. I never wanted to do anything that would draw attention to myself or make me stand out in any way, and I feel like I missed out on many opportunities and experiences because of that. Now, I actively work to push myself out of my comfort zone on a daily basis, try new things, do things that scare me. I hope to teach my boys to do the same.

When and how did you realize you were raising TCKs/CCKs? What changed for you?

I realized that something was “different” when we moved to Germany and enrolled my boys in the local kindergarten. They both have blonde hair and blue eyes, have been spoken to in German since birth by my husband and in-laws, and we had all the correct German supplies and clothing from my sister-in-law, but they didn’t fit in. It was the hardest transition they had gone through, they completely shut down, and I couldn’t figure out why. While searching online, I came across the term TCK, and things began to come together.  As a highly-sensitive and mostly proactive person, I would say that almost everything about my parenting style, beliefs, and actions have been changing and adapting as I learn and study more about TCKs. 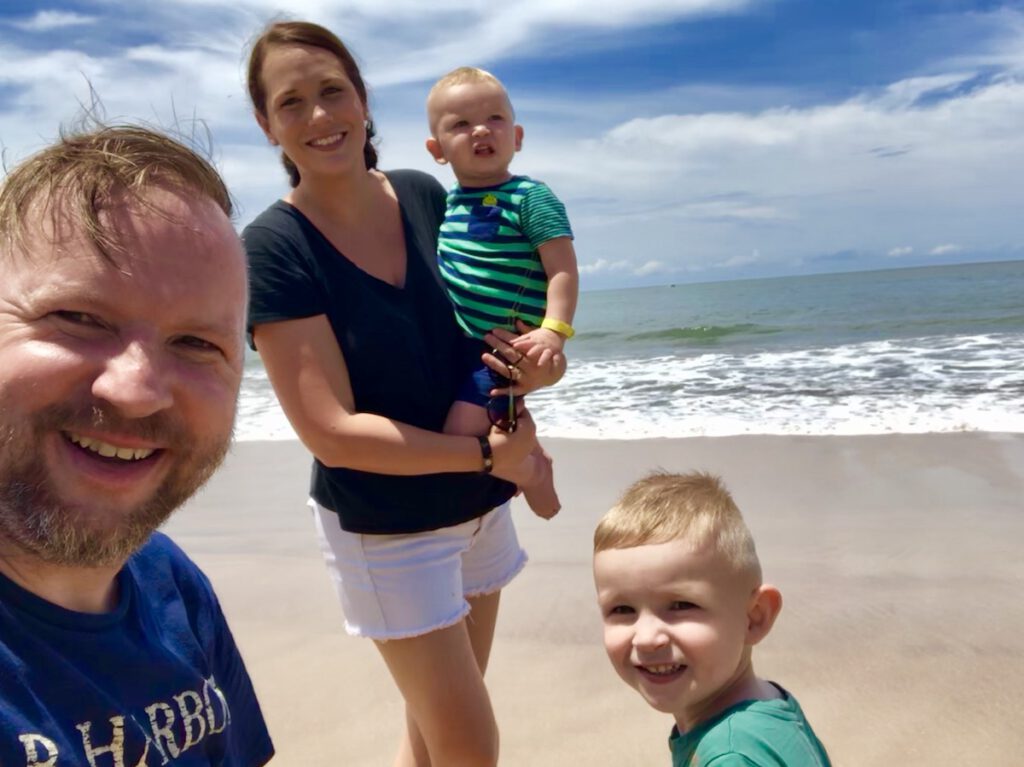 One of the mindsets that I both struggled with and loved in Mexico was the idea of “mañana, mañana”. Mañana technically means “tomorrow” or “morning”, but in this case, it could mean tomorrow or the next day or next week. It drove me crazy when an electrician would say this as an appointment time, but I learned to embrace the overall concept. Things that MUST be done should be done with some sense of urgency, but things that CAN or SHOULD be done can usually wait. For example, there are times when I have so many things that feel like they must be done immediately – dishes piled up, laundry to do, school assignments to finish, personal project deadlines to meet – and then my boys want to play soccer. If I can remember “mañana, mañana” in that moment, most of the time I will play soccer with them and do the rest another time. The tasks will still be there later, but that time with my boys will be gone.

What do your kids think is “normal” that children in your passport country wouldn’t?

My boys have grown up around so many languages, nationalities, skin colors, and cultures, they now assume that this is “normal” everywhere. As I previously mentioned, they did not adapt easily in Germany, and they often asked me why no one could speak anything other than German in our town. Their initial “baby group friends” consisted of children from Mexico, USA, Germany, Czech Republic, Ukraine, and Guatemala. It doesn’t bother them when their friends speak languages they don’t understand; them simple find a way to make it work.

What traditions or rituals from your host countries have you adopted in your family? 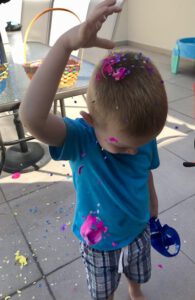 Our family adopted a lot from our time Mexico. We make our own confetti-filled eggs for Easter which you smash on each other’s head for good luck. A piñata is an absolute must for every family member’s birthday party (even when it’s just the four of us). And Dia de los Muertos is extremely important. We always watch the movie Coco, put up a small alter for our deceased family members, and I even used those beliefs in a conversation with my five year old about what happens when we die. From Germany, we adopted the tradition of a Weihnachtsmann dressing up and visiting the children on December 24th. (This is perhaps my husband’s most important job of the year.)  We will see what our time in Poland adds to our family.

What advice would you give families setting out on their first expat adventure?

The up’s and down’s are normal and won’t ever go away completely. It’s OK to feel like you conquered the world the first time you can understand what the grocery store cashier is saying. It’s normal to feel frustrated when the very next time, in the very same store, with the very same cashier, you understand nothing and hold up the line just trying to pay. Give yourself the same patience and empathy that you would give to others in the same situation. And when you find or are offered a unique experience, take it.

Push past your comfort zone, do things that feel impossible. One day you’ll find yourself thinking of all the “impossible things” that you’ve done and realize that there is nothing that can’t be conquered.

How adopting a host country ritual helped me heal – What Dia de los Muertos taught me about loss, longing and remembering