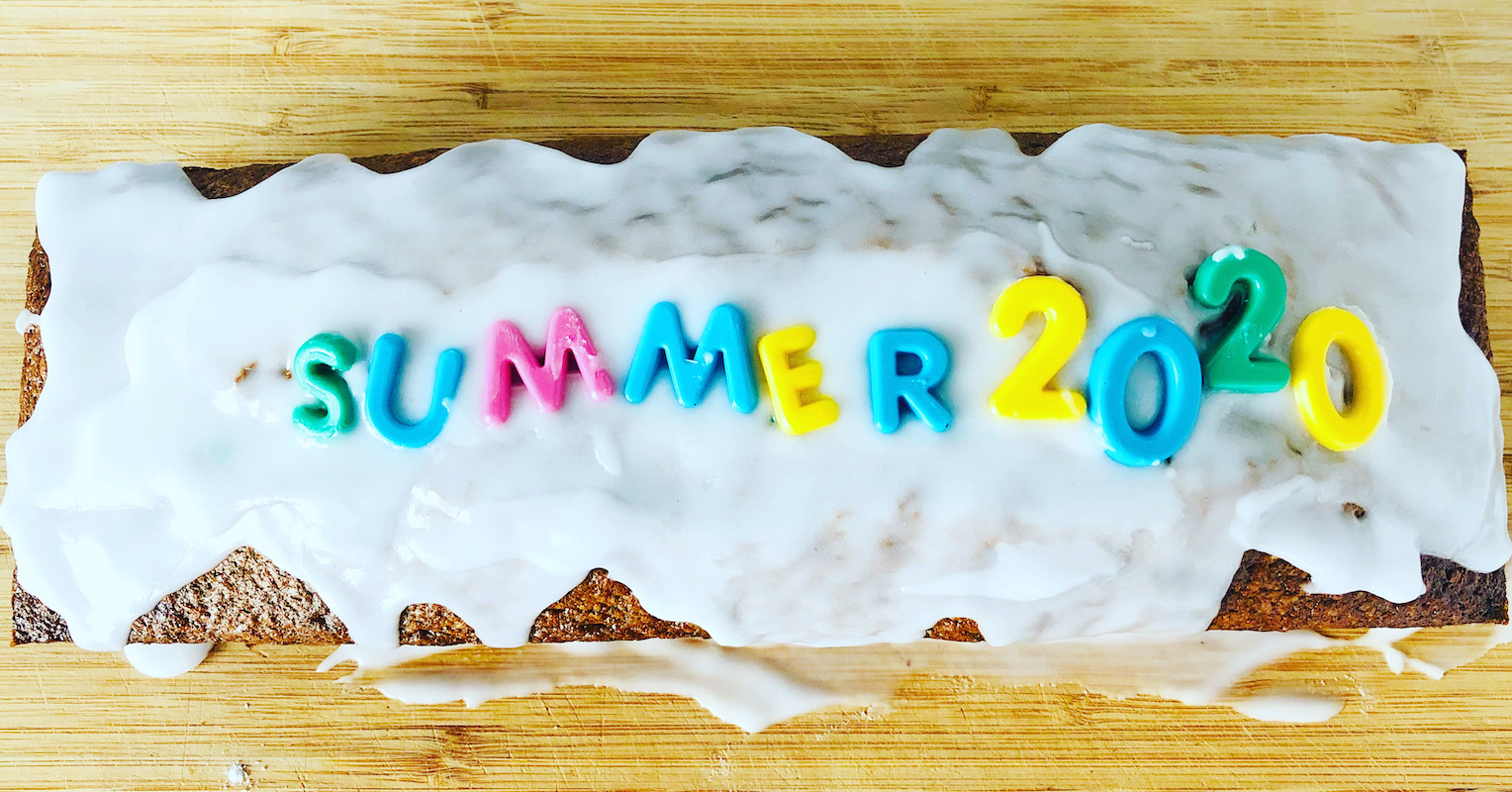 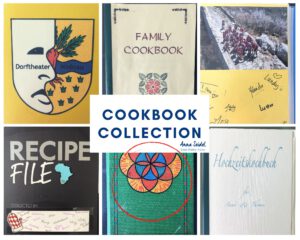 This is the first recipe in a series about the various cookbooks and recipe collections we have been given over the years. See here for an overview of all the cookbooks. I will start with a recipe I grew up with – zucchini bread.

Growing up our mom kept her recipes on cards in a box. Anyone remember those? Some recipes were handwritten, some were typed, some cut out of magazines and glued on. I loved the cards and the delicious things she created from them. Some were spotty with grease, batter and water stains, marking them as firm favorites in our family. The whole system reminded me of the card catalog at the library. All neat and orderly.

When I flew the nest I requested copies of her recipes. She took the time to organize the lot and handwrite them all out into the green book pictured above. This gave me a tidy collection but also left space for new recipes to be added. Over the years a few people have written in it, including my Grandma Lennie and a school friend who passed away much too young. Holding the book, reading their writing makes me feel connected with all the contributors over time and space in a way nothing else can.

I remember eating this bread straight out of the oven with butter melting into the warm slice. I’m sure it was invented to make use of the proliferate summer fruit that zucchini is (yes, biologically it’s a fruit, a berry actually). The wonderful thing about baking with zucchini (and I’ll share my brownie recipe sometime to prove it again) is that it adds moisture without extra fat and without changing the flavour in the least.

When the last day of the 2020 school year finally rolled around for us in July I decided to make this for the kids. It’s been such a crazy school year for our children. It started with them as the new kids in class and they worked very hard to integrate into the new systems and classes but since March they have been mostly isolated at home. Our two youngest were allowed back to school for a few hours a day these last few weeks but our middle schooler has only been to school 10 days since March. It’s been hard.

Hence – zucchini bread with lots of icing (see photo at top)! Since it’s not the 1950s anymore I did make some modifications to the original recipe which I have noted. I managed to cut the oil and sugar down quite a bit and increase fibre by swapping out some flour. I prefer only a handful of nuts as an add-in but of course you can chuck in whatever you have and want to use up: chocolate chips, sunflower seeds, nuts, raisins, cranberries, …

Enjoy! And have a great summer (or winter if you’re in the southern hemisphere) 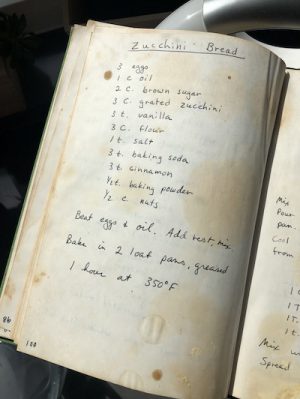 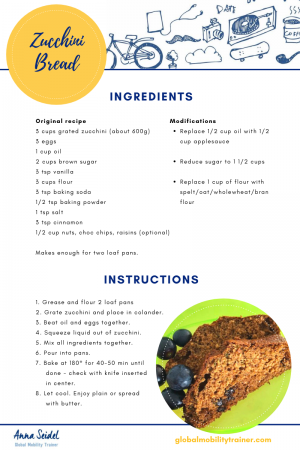 The Single Expat: Creating home – for the creature of habit who keeps uprooting her life

How do I parent abroad?